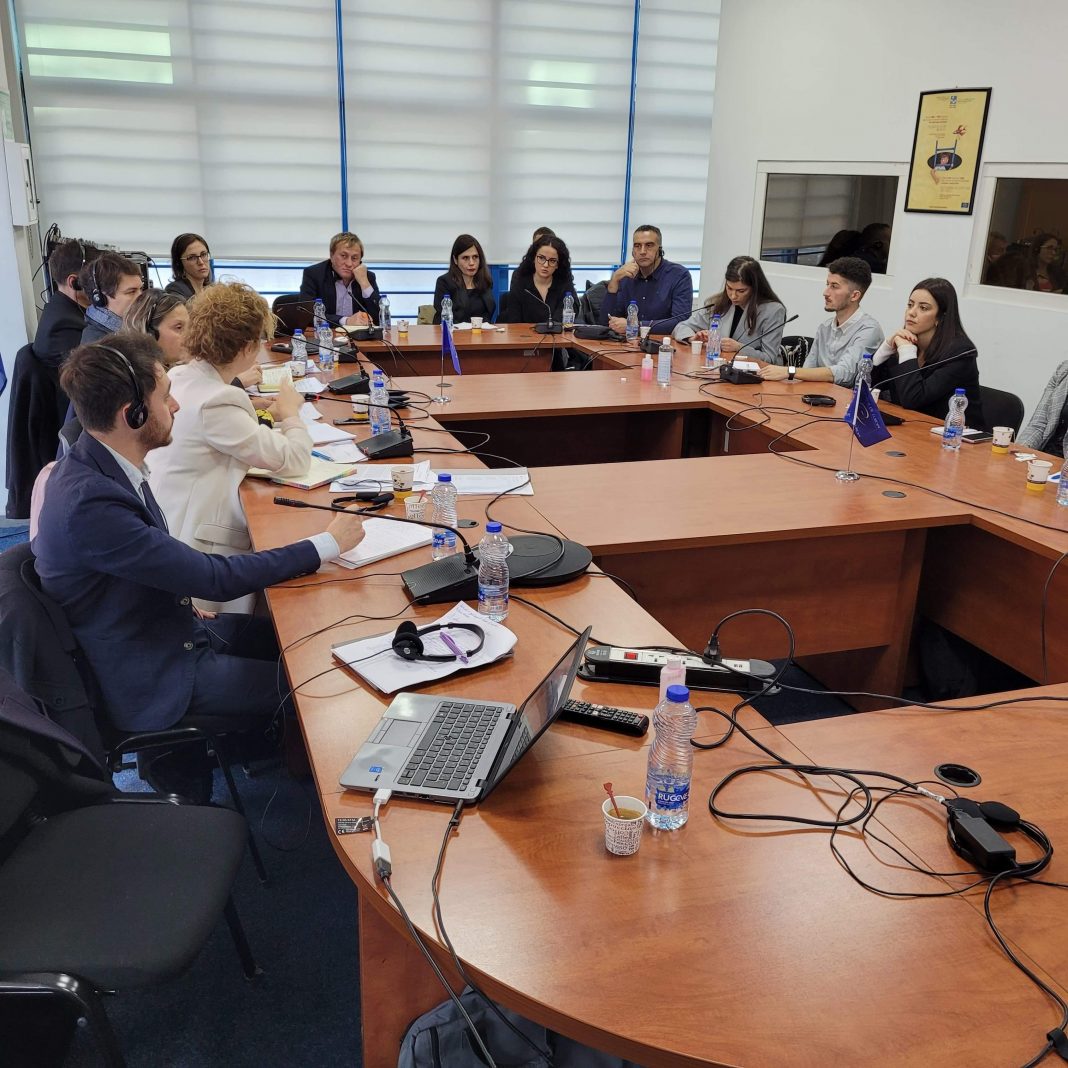 Journalism and Journalists in danger in Kosovo: For 20 years they were killed, the last two years they are being threatened, announces from Pristina the Swiss newspaper in Albanian Le Canton27.ch whose journalist followed the mission of colleagues from Brussels, Strasbourg and Geneva who met national personalities and associations of journalists in the region for two consecutive days in Kosovo.

International media freedom and journalists organisations, including the European Federation of Journalists (EFJ), warn that while significant progress has been made by the current government in depoliticising the public broadcaster, regulatory bodies and the legislative framework for the media environment, toxic rhetoric and smear campaigns against media, underfunding of public broadcaster and lack of transparency risk undermining the progress.

Following a two-day fact-finding mission to Prishtina on 15-16 November 2022, the partners of the Council of Europe’s Platform on Safety of Journalists today publish their findings on media freedom and the safety of journalists in Kosovo.

During the visit the organisations met with the journalist association (AGK), editors and journalists, ministers and government officials, judicial authorities, police, representatives of the parliamentary media committee, regulatory bodies, the privacy and information agency and public broadcaster.

Our assessment is that overall Kosovo continues to have a vibrant and pluralistic media environment. Significant progress has been made in recent years in strengthening the legal framework, which is mostly in line with European and international standards and contains strong constitutional safeguards.

Positive developments include the process of depoliticisation of the public broadcaster Radio Television of Kosovo (RTK) by the Kosovo Assembly via the appointment of new members of the board in a transparent, and merit-based selection process. Initial steps towards improving the functional independence of the Independent Media Commission (IMC) through professional appointments are also welcome.

Our organisations commend the government of Kosovo for its concrete action to provide shelter for Ukrainian journalists in exile as part of the Journalists-in-Residence program, which serves as a model of solidarity for other European countries to follow.

During the mission, media stakeholders expressed a high level of trust in the work of the Information and Privacy Agency and its Commissioner, who is overseeing the implementation of the legal framework on access to information and data protection.

All stakeholders the delegation met during the visit expressed an openness to cooperate more closely with the Council of Europe’sPlatform for the Safety of Journalists to enhance public authorities accountability and benefit from international best practices.

Despite significant progress in these areas, the safety of journalists and impunity for crimes against journalists continue to pose challenges for the overall media freedom landscape. While physical assaults remain rare, serious threats were documented in the last year by the Association of Journalists of Kosovo. The judicial process in criminal and civil cases remains slow and journalists expressed concern over the lack of prosecutions.

Media representatives noted as a particular concern that divisive rhetoric and smear campaigns directed at journalists by some politicians and public officials, including from the governing party, is creating a growing climate of hostility against the media. They said these verbal attacks and attempts by political figures to divide the journalistic community, or portray certain media as political actors, could lead to threats, online harassment and physical violence.

The safety of all journalists reporting on developments in northern Kosovo is an area of serious concern. Access to documents and information in the Serbian language is challenging. Engrained impunity for the disappeared and murdered journalists between 1998 and 2005 must be tackled. While the delegation heard high-level commitments from prosecution to continue these investigations, no evidence of meaningful progress in these cases was presented.

Despite positive reforms in independent governance, the public broadcaster RTK lacks a sustainable financing model. Annual funding was cut in the previous year and is currently at its lowest point in a decade, which is undermining the ability of the public broadcaster to meet programming requirements and ensure the public broadcaster can fulfill its public service mission. Long-awaited amendments to the Law on the Radio and Television of Kosovo remain stalled.

In the field of media regulation, the delegation heard serious concerns about the process of the upcomings recruitment of the remaining members of the IMC by the National Assembly. If conducted in a non transparent manner, this would undermine the previous appointment process and severely harm public trust in the institution.

During the mission, media representatives expressed growing concern over the deteriorating climate for transparency and access to information under the current government. Journalists noted in particular a lack of options for communication with officials or the ability to regularly question ministers and the prime minister at press conferences. Media stakeholders also described a lack of political will to foster a climate of transparent governance in relation to media. Appeals to the Information and Privacy Agency over the refusal or inability of public bodies to provide access to public documents have increased significantly in 2022.

The delegation also notes that while defamation is decriminalised, strategic lawsuits against public participation (SLAPPs) against media and journalists continue to pose a serious threat to independent media. We welcome the commitment of the Minister of Justice Albulena Haxhiu to take measures to implement international standards on Anti-SLAPP.

During the press conference organised by the Platform partners in Pristina on Wednesday, EFJ General Secretary Ricardo Gutiérrezstressed the responsibility of the government: “I believe that media pluralism is at stake in this country. By demonising journalists, under-funding public broadcasting, polarising the media and boycotting certain media, the government is contributing to the dismantling of media pluralism in Kosovo. This government is doing the opposite of what it should be doing to meet European press freedom standards and even its own Constitution.”