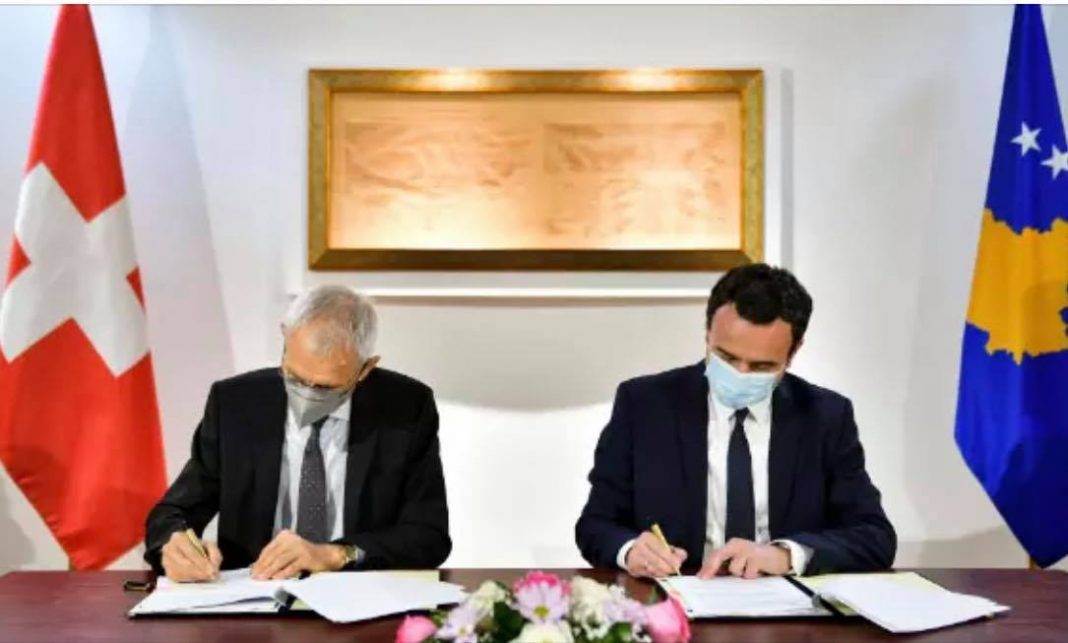 Last week, an agreement was signed between Switzerland and Kosovo for a contribution of CHF 160,000 dedicated to Kosovar students, which enables them to benefit from Swiss knowledge and experience, announces the Swiss newspaper in Albanian Le Canton 27.ch

Since the arrival of Albin Kurti at the head of the Government of Kosovo, Switzerland has signed a series of agreements not only for students, but also in other areas in favor of improving life and integration.

Switzerland is committed to protecting the environment and to mitigating the impact of climate change in Kosovo. As part of this commitment, Switzerland is supporting the design of a new master-level study programme in the area of water resources management. Yesterday, the Rector of the University of Pristina and Skat Consulting from St. Gallen, Switzerland signed an initial 160’000 CHF agreement which will enable Kosovo students to benefit from Swiss knowledge and experience in this area.

Switzerland has provided substantial assistance to Kosovo since 1998. It has so far provided more than CHF 500 million to Kosovo and remains Kosovo’s third bilateral development partner.

“We are convinced that Swiss assistance effectively supports Kosovo’s ambitions to continue on the path to European integration and contributes to improving the lives of Kosovo’s citizens,” said Swiss Ambassador to Kosovo Thomas Kolly in an interview with the newspaper Swiss in Albanian Le Canton27.ch

At today’s conference on «the impact of dialogue with Serbia on Kosovo’s foreign policy” organized by Kosova Democratic Institute / Transparency International Kosova and supported by Switzerland as part of its commitment to support the continuation of an inclusive dialogue facilitated by the EU, the Ambassador of Switzerland to Kosovo Thomas Kolly recalled that Switzerland was one of the first recognizers of Kosovo’s independence and that it supports Kosovo’s endeavor to further consolidate its sovereignty and uphold the rule of law throughout Kosovo in line with agreed principles.